During 2015-17, three major oil discoveries were made in Guyana. All of the three discoveries are deepwater discoveries, and cumulatively, estimated to hold about 2 billion barrels equivalent of oil & gas, which has made Guyana's offshore fields one of the most promising deepwater plays in the world. As of March 2018, the commercial production from these reserves has not started, but the operating companies, like Repsol and Tullow oil, have announced plans to develop the blocks. The government of Guyana has also announced the investment of USD 500 million to build processing facilities and oil services base to encourage the offshore activity. BP has also announced two offshore discoveries in Trinidad and Tobago. BP expects these discoveries to support its gas production in the country, during the forecast period. The large discoveries, growing investments from private investors, and assistance from the governments are expected to drive the offshore exploration activity in the region, which provides opportunities for offshore commercial drilling and production activity, and in turn for the subsea production and processing system market.

Growing Investments to Drive the Market in Brazil

Brazil accounts for more than half of the offshore activity in the region. Petrobras is the leading operator in Brazil, in terms of planned production and capital expenditure in the oil & gas sector. The company announced its plans to invest USD 90.9 billion in Brazil’s upstream industry, during 2016-2025. Brazil’s Carcara field, located in the Campos Basin, is one of the biggest offshore fields in the world. In 2016, Petrobras opened the Caracara field for foreign ownership, which has resulted in Norway’s Statoil buying 66% stake in the field for USD 2.5 billion. The growing investments by Petrobras and international operators are expected to drive the offshore activity in the country, in turn driving the subsea production and processing system market, during the forecast period. 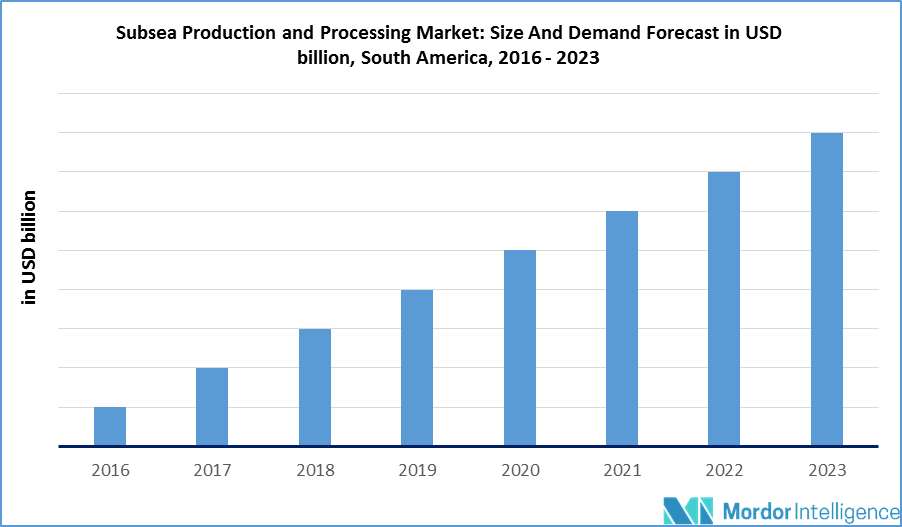