High transmission losses, aging transmission infrastructure, lack of transmission and distribution network in rural areas, particularly in developing countries, and declining cost of the power generation are expected to drive the global utility community/milli grids market during the forecast period.

Decreasing Cost of Renewable Power Generation to Drive the Market

Owing to technological advancements and the manufacturing of equipment on a large scale, the renewable power generation cost has declined over the years. Since 2010, the costs of onshore wind and solar photovoltaic (PV) electricity have declined by 23% and 73% respectively. The renewable power plants are suitable for providing power in remote locations and can therefore be used as remote power generation systems. In developing countries, a significant proportion of rural population does not have access to the national power grid. Thus, the potential for the renewable remote power generation systems market in such regions is estimated to be high. With declining costs, the demand for utility community/milli grids is expected to increase, thereby driving the market during the forecast period.

North America to Register Significant Growth during the Forecast Period

North America has a large but aging transmission and distribution network. In the United States, although natural gas is the largest contributor to electricity generation, coal still accounts for more than 30% of the total power generation. Owing to concerns over air pollution, the government is taking steps to reduce the reliance on coal and encouraging the use of gas and renewables. The power industry’s transformation is expected to require not only the expenditure on building new power plants, but also on constructing new transmission and distribution network. In Canada and Mexico, due to aging infrastructure, the transmission losses are high. As a result, due to the low requirement of the transmission network and low carbon emission, remote power systems, such as renewable power plants and combined heat power plants, are becoming a more attractive choice in the United States, Canada, and Mexico. The growing demand for power form various end-user industries is expected to drive the regional utility community/milli grids market. 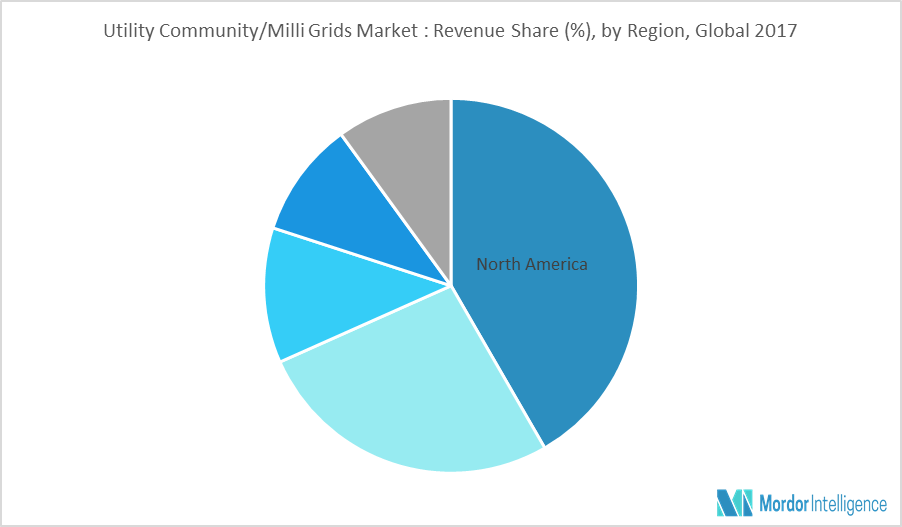