The European oil & gas industry is showing signs of revival in 2018, with the end of the sharp reduction in expenditure. Production from two major oil & gas countries, Norway and the United Kingdom, continued the growing trend of crude oil production, with support from nine greenfield start-ups in the United Kingdom. In 2016, production in the United Kingdom and Norway increased by 18% and 5.6%, respectively, from 2014. Further, Russian companies, like Lukoil, Rosneft, and others, are showing rigorous activity in both drilling and production at the beginning of 2018. The first ever deepwater well drilling in the Russian sector of the Black Sea, was witnessed at the end of 2017. As crude oil price is heading toward USD 70 barrel from the current USD 65 per barrel mark (in March 2018), companies are expected to increase their expenditure in regions of the oil & gas sector across various stages, and hence, drive the market.

In response to the downturn in crude oil price in the past few years, the oil & gas companies not only reduced their production level, but also implemented efficiency programs to lower the operating cost. Operating cost in Norway has reduced by 30% between 2014 and 2017. The cost of drilling an exploratory well in Norway’s offshore was half in 2017 compared to 2014. The unit operating costs in the UK Continental Shelf has reduced by around 50% in the past two to three years, and it is expected to fall further.

Norway’s Oil Industry Back on its Feet

The oil & gas industry in Norway is back on its feet after suffering through one of the worst crisis. Spending by oil companies increased for the first time in 2017, since crude oil price collapse in 2014. The country had witnessed a decline in crude oil production since the start of the century. But in 2014, the trend changed, and production increased. Production is expected to ramp up in Norway after the Johan Sverdrup field, one of the major fields, starts production in 2020. Additionally, several projects operated by Shell, Alpha Petroleum, and other companies, in the United Kingdom, are expected to start during the forecast period. As a result, increased oil & gas activity in the region is expected to drive the demand for oilfield services. 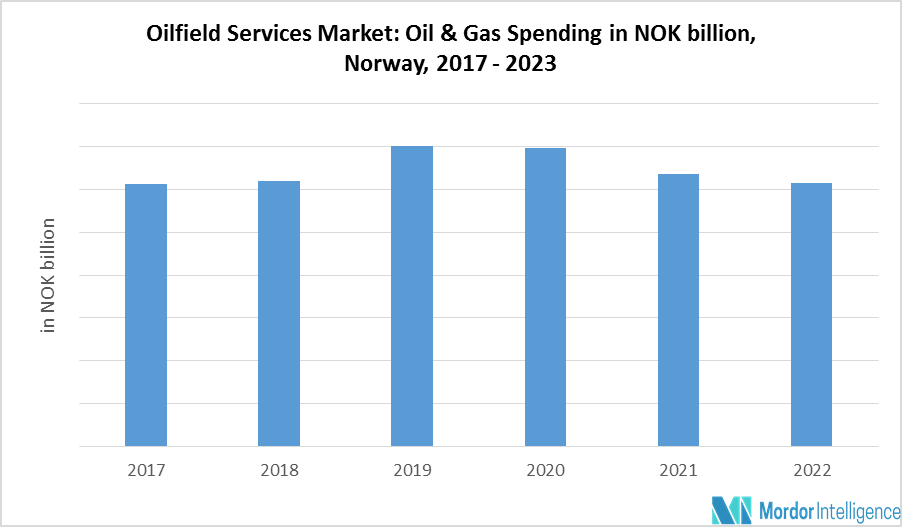